Ponds can create a wonderful feature in your garden and are often a haven for wildlife. However, if not cared for properly, some pond plants can take over your pond. Getting rid of some of the worst non-native invasive species can take some time and a number of growing seasons.

It is important to remove as much of the plant material as possible. Avoid breaking it into many small pieces, which could make it spread further.

By regularly checking for and removing re-growth you should be able to keep these plants under control or completely get rid of them.

More techniques for dealing with particularly tricky species can be found at: 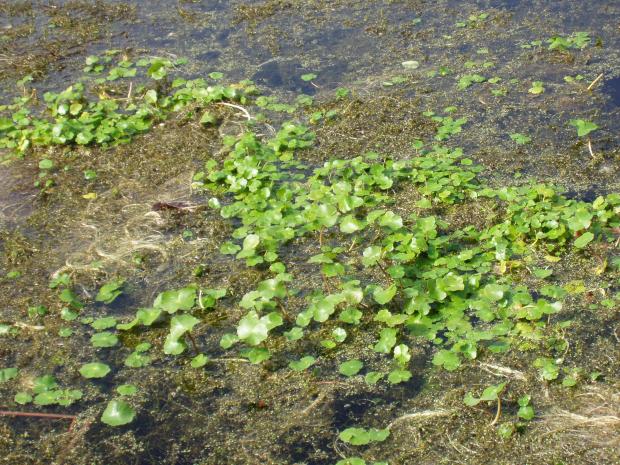 Its scientific name is Hydrocotyle ranunculoides and it may also be sold as water pennywort or simply, pennywort.

It is identified by its shiny, kidney-shaped leaves with crinkled edges. This weed was first brought into Northern Ireland as a plant for tropical aquariums and ponds. It has since escaped into the wild.

Floating pennywort is listed as an Invasive Alien Species of Union Concern in European legislation, and cannot be sold, exchanged, cultivated or released into the environment. In Northern Ireland, Floating pennywort has been identified as a Widely Spread Species. 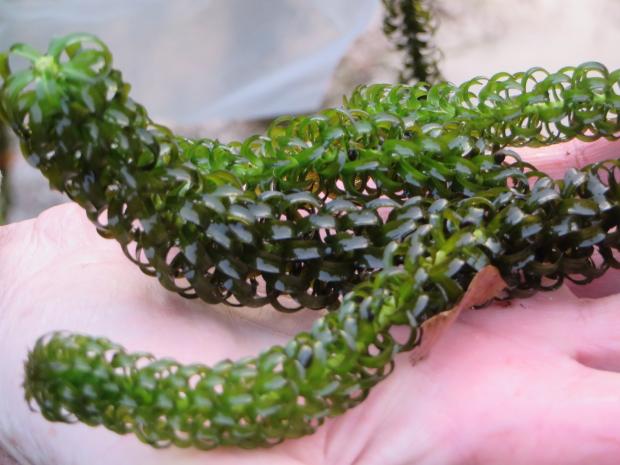 Its scientific name is Lagarosiphon major and it may be sold incorrectly as bunched Elodea Crispa oxygenating plants.

It is identified by a long stem that is brittle and easily broken (aiding dispersal) and its leaves that are strongly recurved and are arranged in whorls or in a spiral arrangement. Surprisingly, most active growth occurs during the winter and it can also spread easily from broken fragments. 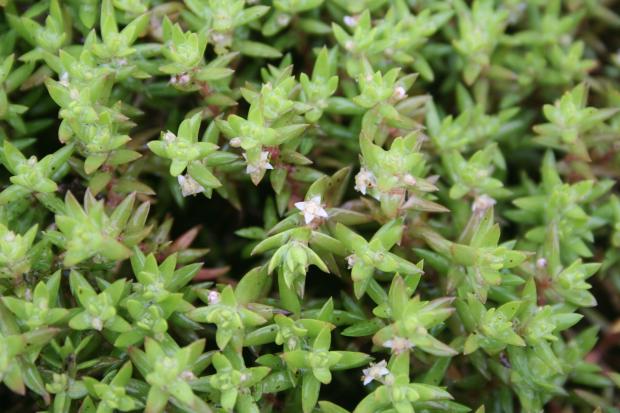 It's recognisable when growing at the water’s edge by its narrow, fleshy leaves. It grows both in and under the water, as well as on nearby land. It can regenerate from tiny fragments and therefore easily spreads to new areas. The plant grows on the muddy margins of ponds and it does not die back in winter. 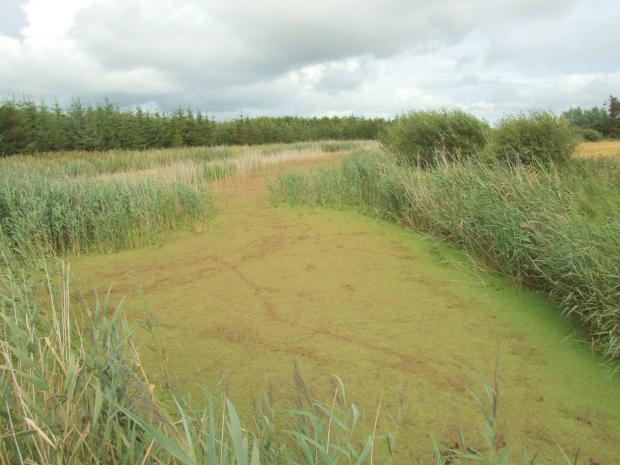 Its scientific name is Azolla filiculoides.

This plant has tiny scale-like leaves no bigger than 2.5mm, forming small plants around 2.5cm long which can cluster to form a dense mat. It is green in summer but usually turns a distinctive red in autumn and winter. It is a small, free-floating water fern that grows and thrives in canals, ponds and sheltered aquatic habitats.

Always take care when buying new plants for your pond and make sure that water fern isn’t already present on the plant. 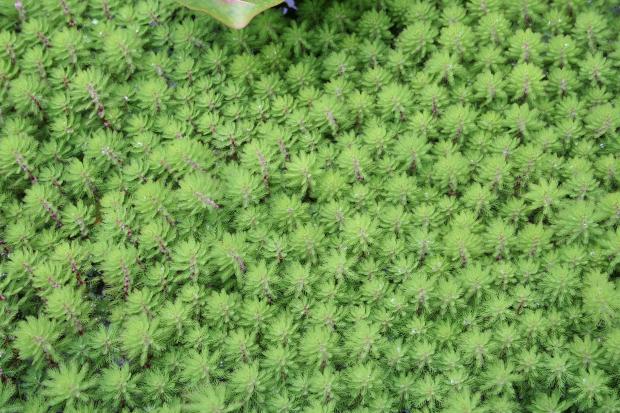 Its scientific name is Myriophyllum aquaticum and it may also be sold as Myriophyllum brasiliense, Myriophyllum proserpinacoides, Brazilian water-milfoil, or simply as ‘oxygenator’.

It has bright green leaves, sometimes with a blue-grey sheen, that have a characteristic feathery appearance. It is a perennial plant that grows submerged but it also produces emergent, feathery shoots.

Parrot's feather is listed as an Invasive Alien Species of Union Concern in European legislation, and cannot be sold, exchanged, cultivated or released into the environment. In Northern Ireland, Parrot's feather has been identified as a Widely Spread Species.

Choosing the right plants for your pond

There are plenty of alternative plants you can use for your pond. Which plants are best will depend on what kind of pond you have and where you are in the country. Talk to your pond plant retailer and ask them for advice on which species are most suitable and won't become invasive or escape into the wild.

Here are some suggestions for other native plants for your garden pond or aquarium:

It is important to stop their spread as invasive non-native species are both an economic problem and a threat to the environment. The biodiversity impacts are severe and growing, from challenging the survival of the rarest species to damaging some of the most sensitive ecosystems. Once a species has been introduced, it can persist and get worse as the species spreads further.

If it becomes established in the wild, it can smother native plants, clog waterways, disrupt the navigation of boats, interfere with recreational activities such as fishing, cause flooding and remove oxygen from the water, which can harm fish.