Driving in Northern Ireland (NI) is governed by rules set out in the Highway Code and you may find it useful to refer to the Code to better understand how driving here may differ from your own location.

Below are some of the differences that you may meet. Knowing these could help you to drive safely during your stay.

You should always carry a valid driver’s licence and proof of vehicle insurance when you drive. It is a criminal offence to refuse or give false details when needed to do so.

You can use your national driving licence but must have reached the minimum age to drive a vehicle in Northern Ireland. You must be:

A provisional (learner’s) driving licence issued abroad is not valid for use in Northern Ireland.

You must not drive a vehicle from abroad in Northern Ireland without adequate motor insurance. If you do not hold an insurance certificate valid for Northern Ireland, arrangements should be made before travel.

The minimum cover is third-party insurance.

If driving a rented vehicle you should make sure that any insurance provided covers driving in Northern Ireland and in Republic of Ireland if you will drive in both.

You should take time before driving off to familiarise yourself with the various controls in the vehicle especially steering, foot-pedals, gear-stick, lights, indicators and wipers.

You should adjust things such as your seating, mirrors, lights to make sure that you can drive the vehicle safely and with comfort.

• you must use sidelights between sunset and sunrise

You must not use any lights in a way which would dazzle or cause discomfort to other road users, including pedestrians, cyclists and horse riders.

If you are driving a left-hand drive vehicle you should make sure that, if used, the headlights are adjusted for driving on the left, or you risk being stopped by the police and as a result fined up to £1,000.

Rules of the road

Always drive on the left side of the road unless road signs or markings show different.

Always check for other road users and signal your intentions before manoeuvring, for example,  driving off, changing position on the road or changing direction and stopping.

Do not cross the centre line unless safely passing or turning off the road.

Many roads have a single lane each way, and some provide ‘passing lanes’ at intervals. Some narrow roads don’t have centre line markings to guide you.

You must never cross a solid white line on your side of the centre line to overtake a vehicle, as this indicates it is too dangerous to overtake.

A double white centre line means that no traffic (on either side of the road) can overtake other vehicles.

If you do not have a solid white line on your side of the centre line, it is only safe to overtake when you can see that the road ahead is clear.

Think before overtaking and never overtake on or near a corner.

Going slow? If there is a line of traffic behind you, find a safe place to pull over and let them go past

At a stop sign, you must come to a complete stop, then give way (give priority) to all traffic.

At a give-way sign, you must give way to all traffic on the intersecting road.

If turning, you must also give way to vehicles that are not turning.

Speed limits are the absolute maximum for a particular road and you should always reduce your speed to take account of road condition, the presence of other users, particularly vulnerable users, weather conditions, visibility and time of day.

The most common speed limits you will find in Northern Ireland are:

A car towing a caravan or trailer:

Seat belts and children in cars

If fitted, seat belts must be worn in the front and rear of vehicles by all occupants.

The driver is responsible for keeping to this law for children under 14 years and the fine varies between £30 and £500.

The maximum level of alcohol allowed in the blood is 0.08 per cent.

The police may also carry out tests to detect a driver who may be under the influence of narcotics.

Some psychotropic medications may be included – drivers must ask as to the acceptable safe dosage for driving and they must carry a prescription on board their vehicles. 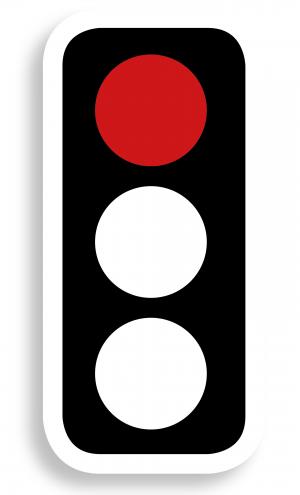 Red means ‘Stop’.
Wait behind the stop line on the carriageway 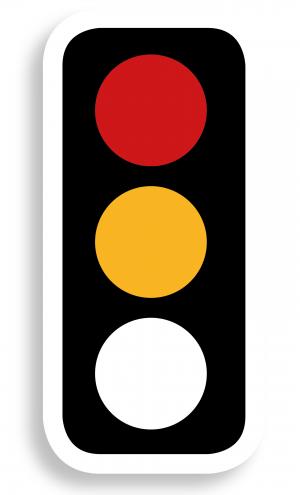 Red and amber also means ‘Stop’. Do not pass through or start until green shows. 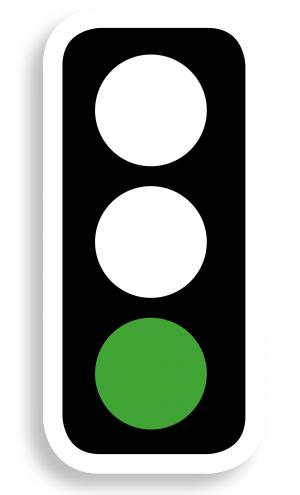 Green means you may go on if the way is clear. Take special care if you are going to turn left or right and give way to pedestrians who are crossing. 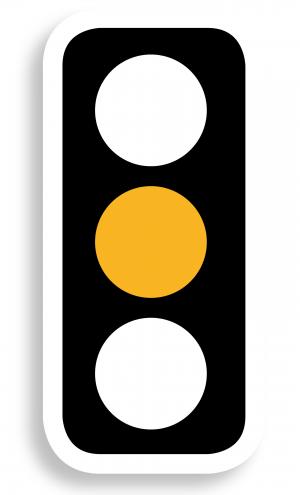 Amber means ‘Stop’ at the stop line. You may go on only if Amber appears after you have crossed the stop line or are so close to it that to pull up might cause a collision. 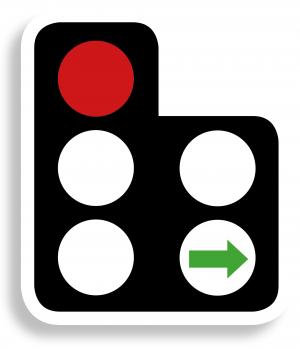 At some intersections called ‘box junctions’, criss-cross yellow lines are painted on the roadway. Traffic at these junctions must not enter ‘the box’ (that is, the area of yellow lines) unless the exit road or lane is clear.

At roundabouts, you must give way to traffic from your right. You must travel around the roundabout in a clockwise direction.

• if red lights are flashing, stop and only go once the lights have stopped flashing.

• if you see a stop sign at a rail crossing, stop and only cross the track if there are no trains approaching from either direction.

• if you see a give way sign, slow down and be ready to stop and only cross the track if there are no trains approaching

Cars do not have right of way in any circumstances but the rules in the Highway Code tell you when you should give way to other users.

Drivers must watch for pedestrians crossing the road, particularly at pedestrian (or zebra) crossings and intersections.

Always slow down near cyclists. Pass slowly and only when safe, and try to leave a space of 1.5 metres.

If you see animals on the road, slow down and move on carefully. Do not sound your horn.

Be aware that in some cities and certain parts of motorways, there are bus lanes (Indicated by road signs, the words "BUS LANE" in large letters across the road, and occasionally the tarmac will be coloured red). Only public buses and emergency service vehicles are allowed to use this lane (taxis, motorcycles, bicycles can if sign posted). Anyone else will be photographed (automatic cameras) and fined £60 for using this lane.

It is illegal to use a hand held mobile phone while driving in Northern Ireland.  The advice is to turn it off or put it on silent until you can pull the car in somewhere safe or until you reach your destination.

If you are riding a motorcycle, scooter or moped you must wear a safety helmet of an approved design. This also applies to passengers, except those in sidecars. The helmet must be manufactured to a standard similar to the British Standard.

Use of headlights during the day is recommended.

Cycle lanes are shown by road markings and signs.

You must not drive or park in a cycle lane marked by a solid white line during its times of operation.

Do not drive or park in a cycle lane marked by a broken white line unless it is unavoidable.

You must not park in any cycle lane whilst waiting restrictions apply.

Cycle lanes are marked by a white line along the carriageway. When using a cycle lane, keep within the lane and before leaving it, check that it is safe to do so and signal your intention clearly to other road users.

Note – cycle lanes in Northern Ireland are green; but in the Republic of Ireland and Great Britain they are red.

Some signal-controlled junctions have advanced stop lines to allow cycles to be positioned ahead of other traffic.

Motorists, including motorcyclists, must stop at the first white line reached, and should avoid blocking the way or encroaching on the marked area at other times, such as for example, if the junction ahead is blocked.

If your vehicle has moved over the first white line at the time that the signal goes red, you must stop at the second white line, even if your vehicle is in the marked area.

Allow cyclists time and space to move off when the green signal shows.

Road traffic in the Republic of Ireland

Northern Ireland does not have tolls on the road. When driving in the Republic of Ireland you will meet toll booths on major motorways.