To mark International Women’s Day, PRONI hosted a half day conference exploring the role of female medical and nursing staff during the First World War (WW1). This event was held on 6 March 2018. 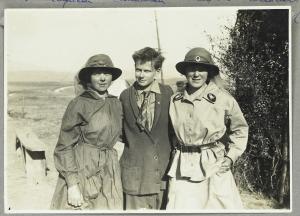 Women and Medicine during WW1

The conference examines the enormous, often unrecognised contribution made by female doctors, nurses and voluntary medical aids during the WW1, at home and abroad.